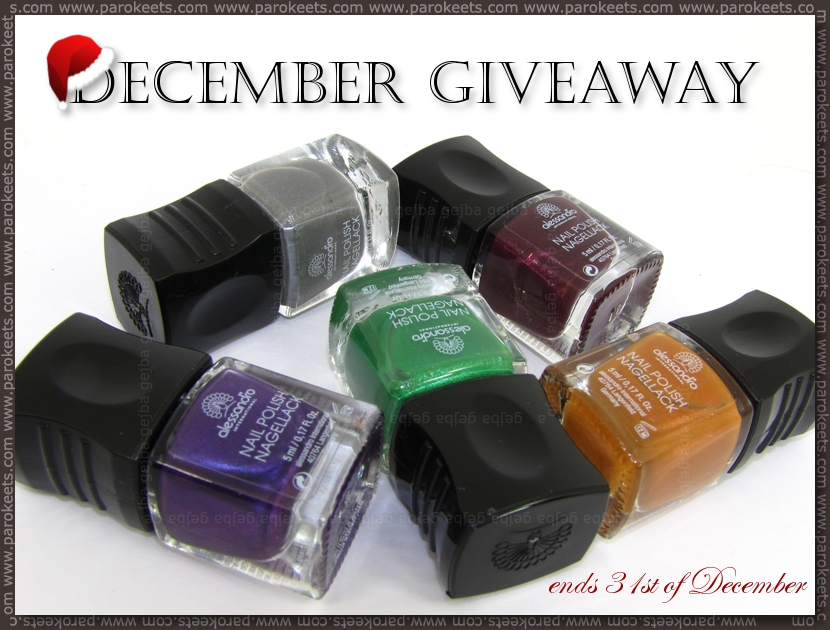 Fju – Alessandro is keeping me on my toes lately … they’re bringing out new limited editions faster than Essence these days. :D
I was still checking out Adore Me, when they suddenly launched Catch Me, Glitz&Glam, Crystal Punk and Thermotwist. How in the world am I going to buy everything on my WL if they keep popping one pretty limited edition after another.

Today I have 2 Alessandro Catch Me nail polish swatches I received for review. I plan to buy at least Enigmatic Poetry (duochrome ) from this LE if nothing else catches my eye, but I seem to be having bad luck with finding it.
There are no testers for Crystal Punk LE so I’m still patiently waiting for swatches to see which set is a must have and we’re not getting Thermotwist LE (and I didn’t manage to spot this LE in Austrian drugstores either) so that one is also on hold.
I guess it’s a good thing that current Essence/Catrice limited editions don’t look that hot to me so I can spend my budget on Alessandro stands. :D

Alessandro Red Treasure is one of those shades that wouldn’t be my first choice if I were judging only from promotional photographs, but looks like nice elegant red nail polish on the nails. I see slight duochrome in the bottle, but it does not translate onto the nails.
Application was easy, 2 coats + top coat.
I used this nail polish as a base for one of my “Christmas/Winter” manicures. I seriously need more stamping plates as I never have one I need … I finally decided for two images from the plates I don’t really like, but it was either that or repeat myself. I made stamping more subtle by covering majority of nails with Catrice Bloody Mary To Go nail polish.

I like both nail polishes but Sacred Silver is more special so that is the one I would recommend. And I can’t wait to finally stumble upon full Catch Me stand so I can inspect all the nail polishes and add few more to my collection. :D
Price: 5 EUR for 5ml.

*I received items for review from Alessandro Slovenija
*EDIT: Flaming Spirit turned out to be Red Treasure. :D