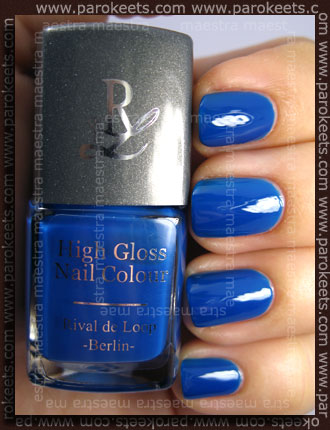 A few months ago, while I was in Germany, I found two Rival de Loop stands. I was in heaven. It’s cheap and they have some pretty polishes. What more could a nail polish junkie like me want, right? :D

OK, I wrote that there were two stands. That’s right. It seems that RdL has two different lines. One a little cheaper and with bolder colors and another a little more expensive (but both still cheap like Essence) and with classic colour range and more serious look in general. Today I’m bringing you three nail polishes from the “serious” line …

Number 10 is a wonderful royal blue shade with creme to jelly finish. I love it! And I don’t mind that it takes three coats to make it fully opaque.

Number 34 is a pretty and wearable sandy shade. I mean it’s really very pretty but nothing special to me. It has also a light frost finish. There are two coats shown in the picture, but it would be better with at least three coats. 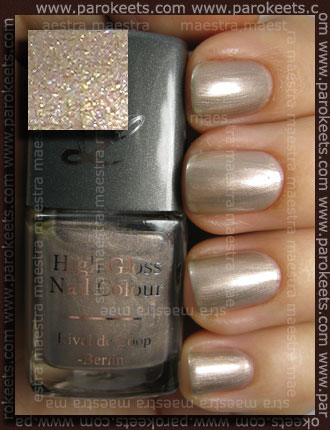 Another great shade. Number 54. Love it!!! A true grey with creme finish. There are two coats shown in the picture below, but again, it would be better with three. 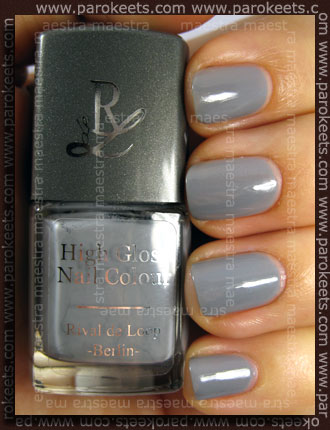 Gorgeous shade, really! A true grey. I compared the bottles with some my other “greys” and as you can see below, all have a hint of blue or brown to them, while RdL 54 is somewhere in between.

I’m very pleased with the Rival de Loop polishes. Number 10 and 54 are my favourites of course.

The bottles are 8ml and I like the square shape. The price is about 1,5€, if I’m not mistaken.