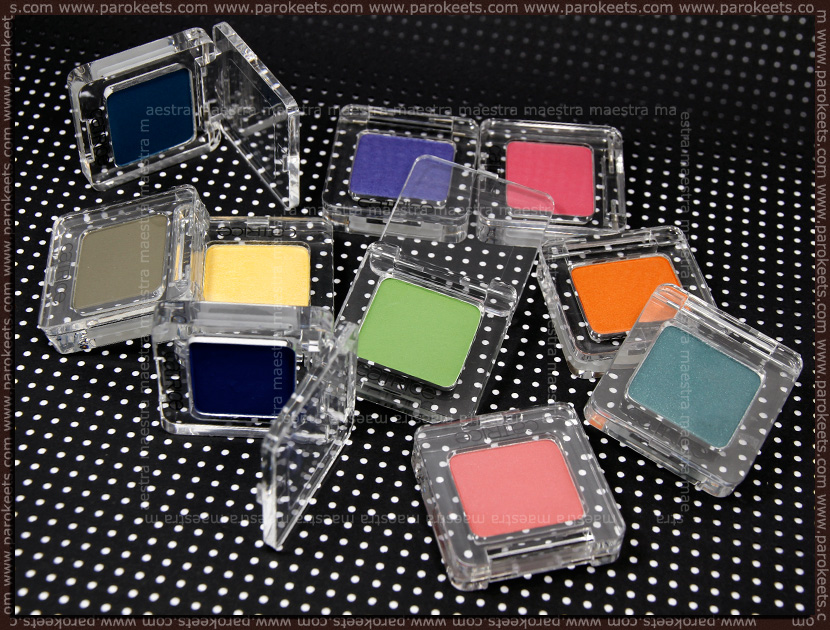 In case you weren’t aware, Catrice doesn’t offer only pretty nail polishes but also some great eyeshadows. ;) I went a bit nuts when I saw these in Germany and bought ten. My excuse was: “They aren’t very expensive.” They were 2,79€.

I like the packaging very much. It’s simple and elegant. There’s 32 shades to choose from. Some eyeshadows are shimmery and some matte. I think none of them is glittery, which is nice. That being said, here are the swatches of my eyeshadows. All were applied over an eyeshadow base. (The color drops are directly from the single eyeshadow photos I made separately.)

The pigmentation in average is good. Some are more and some less pigmented, but all are pigmented enough for me. Petrol Keeps Me Running is the most pigmented of them all, I was a bit disappointed by Sunny, I Love You, because I wanted it to be more vibrant yellow, but it’s not. It’s light and very wearable yellow. And I love the names.

I think these are worth buying/trying.

Have you tried them already? What do you think of them? Which one is your favourite?