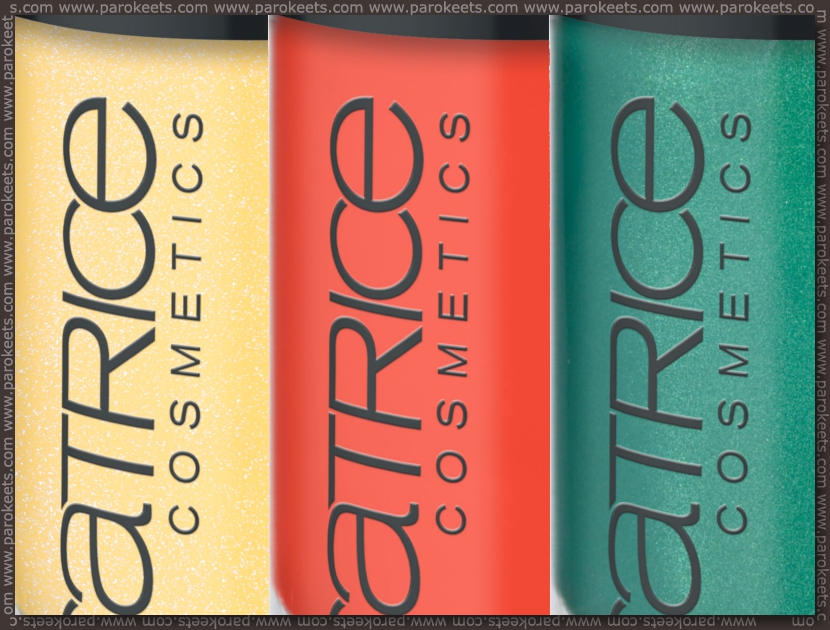 This is picture heavy post. If you’re more “click and go” kind of person, I recommend you see Catrice assortment change 2012 video instead … video does have more detailed photos as I could incorporate them easier in video than in post, but does not include list of “retiring” products.

21 new polishes just from Catrice?!? My wallet is already crying. If their new brush turns out to be good, I’ll have huge problems deciding which ones to get. I did start making WL, but as majority of the products ended up on it … I kind of gave up. :D

And I’m loving lots of new eyeshadows too.

6 marbled (baked?) eyeshadow combinations. Will see if these are as good as they’re pretty.

Green beauties … and the last one looks matte.

Rumble In The Jungle looks identical as namesake released in Papagena LE.

Eyeliner pens look nice and I’m curious about highlighter pen. And on top of that, four new mascaras will be available.

Lipsticks and lipglosses. Maybe – I wasn’t impressed with the ones I bought, but you never know … I might get one or two to try them out.

And for the end – trio that looks really promising: translucent powder, blush and smokey eyes brush.

Lots of new products means that Catrice is retiring some of the current ones. Here are the list of the items that will disappear from Catrice stands:

We’ll be getting new assortment after the 10th of February 2012. And I can hardly wait!

Tell me – which of the new products do you like the most? Which of the old ones will you stock up on?